On the road again, with Christopher Pratt


“…the continuum between art and life…”

I can’t imagine a more suitable book for a Newfoundland road trip than Thoughts on Driving to Venus: Christopher Pratt’s Car Books (The Porcupine’s Quill, 2015), which I picked up earlier this month at The Rooms in St. John’s, where the author was born. In 1997, Pratt decided to record “a stream of consciousness series of words and one-liners responsive to the things flashing by” (1). He made these notes while traveling around the island with his second wife in search of source material for his art. I paced myself, reading a bit at a time between lecture preparations; as Pratt writes, “Working holiday! Aren’t they all?” (2). Heading north from the capital city to the Viking settlement in L’Anse aux Meadows over 1,000 kilometres away, then back south equally far to catch a ferry to Nova Scotia, I glimpsed stunning scenery through my peripheral vision—as in the photos shown here. 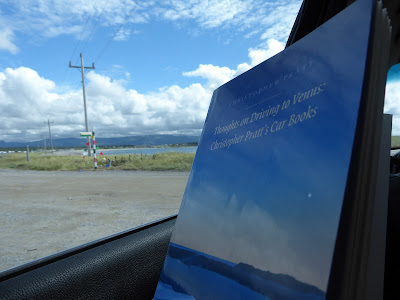 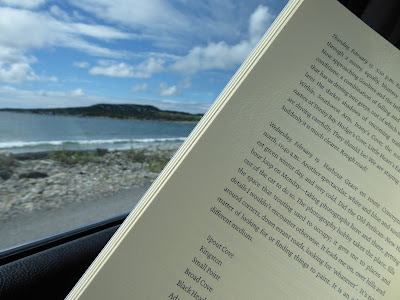 Just as much stands to be gained by the armchair traveler, for the “Great Newfoundlandscape” (3) is depicted through the eyes of an artist: a wet road reflecting purple and orange, clouds that transition from blue to purple, and the different greens in the sea versus the land. Pratt professes to avoid the picturesque in his paintings and prints, but his writing feels like a scenic postcard converted to text (fortunately with a matter-of-fact style creating balance). He writes that he feels like a visitor to the island, which may account for the vividness of his descriptions. On the flipside, he references his own work as shorthand for describing the look of a scene.

And now for a few more observations about reading this book in situ. When the hassles of traveling echoed those of a famous artist (needing gas, caffeine, a restroom, etc.), I kidded myself into seeing them as charmed. The book also served as a travel guide of sorts. For example, my inlaws, my husband, and I ramped up our efforts to watch for moose on a ‘moosey lookin’ night’ after I read that Pratt spotted 65 of them in a single day. I don’t typically share personal details in blog posts unless they relate directly to the subject matter at hand, but Pratt made me rethink this approach. Would it interest my blog readers to learn that I sometimes write posts from a hotel bathroom in the wee hours of the night to avoid waking my husband so he can be rested to take photos the next day? Maybe yes, maybe no. A writer must decide what to edit out, much like an artist, and I strive to be as economical in writing as I am in traveling (and cheap road trips are my jam). What Pratt does so well is reveal the continuum between art and life, making it all seem valuable.

As a result, I was surprised to read Pratt’s revelation that his wife feels nothing has meaning. In a sense, this perspective is reinforced by his lack of an intended audience (he wrote these entries for himself, so there is only occasional introspection); the absence of a narrative arc; and the fact that the entries are excerpted, by curator Tom Smart. Evidently, publishing the entirety of the journals would have been unrealistic, as Pratt writes, “…I have enough notes and ideas for several lifetimes…” (4). At the same time, the fact that he revisits areas, including Burgeo Road—where he started the first car book—creates a Vonnegutian Slaughterhouse-Five effect of life looping randomly and consisting of a series of repeated moments. This interpretation of mine was probably spurred on by the fact that Pratt described himself as “King of the Curmudgeons” (5).

Pratt aficionados will appreciate that the artist addresses his work throughout the book, albeit briefly in each instance. He lists artistic influences, describes his technique, comments on the pressures of being a commercial artist, reveals insecurity about his talent, and expresses concern about his productivity in his senior years.

Here’s to many more trips around the sun for the artist. 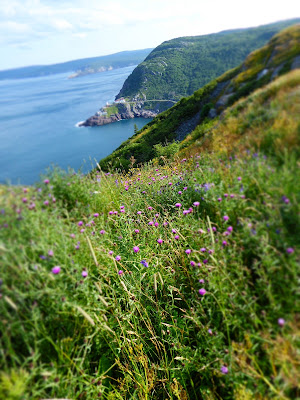 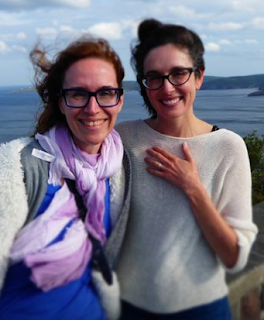 Posted by Heather Saunders at 7:53 PM