The week that the Supreme Court declared gay marriage legal nationwide, I visited Sage Sohier’s At Home With Themselves in Foley Gallery in the Lower East Side of New York, which features same-sex couples in 1980s America. I cannot imagine a more fitting week to have seen this exhibition of photographs. These domestic scenes that were once verboten and that once read as symbols of hope now strike me as symbols of victory—in particular, Sohier’s portrait of newlyweds Cindy and Barb cutting a wedding cake in a kitchen. Most are more mundane, showing daily activities like cooking and bathing. Today, domestic scenes of gay life are increasingly part of public consciousness, evident in advertising and television. However, as the gallery’s press release notes, when the American artist began the series, she was unable to find a publisher to print a catalogue. The catalogue was published just last year, by Spotted Books. I’m pleased to say that an autographed copy is now part of the collection at the library where I work. A week and a half before I was in New York, I attended a panel discussion at Hamilton Artists Inc. back in Canada called Queering the Gaze: Subverting the Heteronorm. Part of Pride Hamilton, it was moderated by Ian Jarvis and the speakers were Sophie Hackett, JJ Levine, and Alize Zorlutuna. Myriad connections between Sohier’s show and Queering the Gaze became apparent.

Hackett is the Associate Curator of Photography at the Art Gallery of Ontario in Toronto. She observed that before the Stonewall riots, photographs with queer subject matter are scarce. Afterwards, though, there was an explosion, a proliferation—as seen with artists like Sohier and Jake Peters, who was HIV positive when he traveled around the world taking photos of subjects like ACTUP protests. Hackett commented that queer images have been under-addressed in curating. “There is a lot to wrangle,” she says. For instance, not all queer visual culture is progressive. She showed a Weegee photo taken in 1939 called Transvestite/ The Gay Deceiver, next to which the artist had written (seemingly to reign in gender-bending), ‘Boy’ on a print. A strong visual record of queer life is important, she explained, because exposure and acceptance are interconnected. She noted that photography has been used historically to “shake up categories of gender identification.” It continues to do so through contemporary artists like Levine and Zorlutuna, she said, whose work cleaves and exposes “the range of other possibilities” to the gender binary.

Sohier’s subjects are queer couples who were are friends, or friends of friends, or willing participants contacted through newspaper ads. She was motivated subconsciously to photograph them because her father was closeted, in spite of having had male partners. Montreal-based Levine, like Sohier, photographs queer friends in domestic settings and has been working on the series for the past 10 years. “Making images has been a huge part of my identity,” the trans queer artist stated. Both artists have occasionally photographed the same subjects a second time, which raises the issue of time passing. Sohier has identified a sense of tentativeness in some of her images because of the widely perceived need for discretion in the 80s, between risking losing one’s job and being discriminated against in the height of the AIDS epidemic. If Sohier’s subjects are arguably tense, Levine’s are relaxed, and not the least bit closeted. If truth is masked in his portraits of individuals and couples, it’s only in the domestic settings themselves; they are “completely transformed” by Levine, who has gone as far as rearranging an entire home while the couple—who gave carte blanche—stepped out. The effect is portraits rich with atmosphere.

Zorlutuna, a Toronto artist, has also worked with domesticity in a sense. Intrigued by the sexual connotations of Turkish carpets, she described them as evocative of “giant vagina[s] on the dining room floor.” Using touch as “a strategy,” she interacts with the carpet as if masturbating in the film, Stroke (which can be viewed here.). Equally memorable is her use of beaver pelts in the same fashion, in Luminous Bodies (2014). “I don’t deny that it’s funny,” she said, but these works are more about “making strange” the object. She clarified that she makes allusions to sex but her work isn’t “actually about sex.” Similarly, Levine stated that when nudity is included in his work, it’s usually at the request of the subject and is used to talk about queer identity, not sex.

Zorlutuna explained that her focus is on the queer “experiences of silence.” “We are constantly negotiating how to speak about ourselves,” she said. An example of speaking out is Zorlutuna’s ongoing durational performance, Crawl. Reminiscent of Sohier’s struggle to find a publisher, Zorlutuna crawls backwards up the stairs of cultural institutions internationally, such as the Art Gallery of Ontario. It’s a response to the barriers she feels. She pondered aloud when she would get her own blockbuster exhibition at the AGO, acknowledging that at least there is a woman represented there right now (Emily Carr, about whom I blogged in my most recent post). With her work, Zorlutuna explained that she is interested in what queerness feels like, not what it looks like. It feels like “being just slightly off-kilter.” She elaborated that in some ways queer people fit in the world and in others, they don’t, as if they are at an oblique angle. Her geometric tattoo on her upper arm is a constant reminder of this state. Being queer, she said, is like a tornado in terms of the unsteadiness and disorientation. 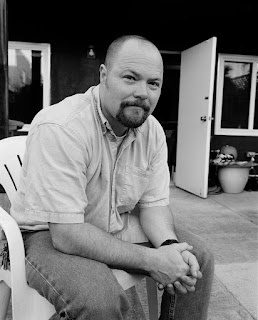 Caitlin Jenner’s recent transition from male to female was mentioned several times during the panel. With Caitlin, Zorlutuna said, the LGBTQ conversation is gaining traction. It struck me that the widespread publicity of her story creates an entry point for the public to engage with Sohier’s only photograph of a single individual in the show. The portrait in question, shown above, is of Shadow, taken in 2002, featuring a man who leans forward in a deck chair with his hands clasped together, his eyes twinkling and his lips hinting at a smile. His posture and expression exude a feeling of comfort in his own skin, the open door in the background seeming symbolic. It stands in contrast to a portrait of Shadow as a woman from 1987. She is in studded leather with her breasts exposed and she seems disconnected from her lover because of their lack of eye contact.

Clearly, the public consciousness hasn’t fully embraced queer sexuality and gender bending, though, as evidenced by the egging of Levine’s work outside of Hamilton Artists Inc. He characterized it as an inevitable act of public expression rather than an inexcusable act of vandalism. He stated that this behaviour likely stems from “gender discomfort.” He often witnesses speculation by cisgender audiences about the gender of his subjects, which is practically an “auto-impulse.” The assessment is often incorrect, putting the viewer at an oblique angle.

Sage Sohier’s At Home With Themselves closes on Sunday at Foley Gallery and JJ Levine’s Queering the Gaze runs until September 27 at Hamilton Artists Inc.

Posted by Heather Saunders at 2:03 PM