En Masse: The Collages of Carmen Winant and Jenny O’Dell

In mid-February, my week was bookended by two artist talks that dovetailed uncannily: Jenny O’Dell (lecturer in Internet art and digital/physical design at Stanford University) was the keynote speaker on February 11 at the San Francisco Museum of Art, where I was also speaking in the same symposium, Advancing Art Libraries and Curated Web Archives; and Carmen Winant (Associate Professor; Roy Lichtenstein Chair of Studio Art, Ohio State University) delivered a presentation entitled, Unmaking the Picture, on February 16 back at my home base, the Cleveland Museum of Art, in the Fran and Warren Rupp Contemporary Artists Lecture Series. Below is an overview of how I imagined—through a fog of jetlag—their visual and text-based work in dialogue.

Frequently but not exclusively, both artists appropriate photographs in themed collages with an almost patterned repetition of elements. When evolving her practice, Winant determined that making new images “seemed too…sanitary.” The artist, who trained in photography, described photographs as slick, illustrative objects that can be seductive in their beauty and containment. She later commented, “I wanted to find a way to still use pictures, but destroy that illusion a bit, muddy them up in more ways than one.” And so, in the process of creating unwieldiness, Winant “dispensed with making.” O’Dell, evidently, is drawn to the less-than-sanitary and the unwieldy; witness her residency in the city’s Recology dump, for which she documented one cart of discarded objects per day, “kind of like the undead of the object world,” as part of a mock bureau she created to archive the contents. Even though this project, The Bureau of Suspended Objects (2015), which is one of her favorites, involved producing new photos, when O’Dell speaks about her process generally, she refers to it as, “without mak[ing] anything new.” 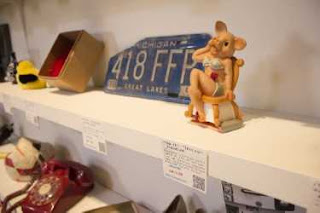 Image - Jenny Odell, The Bureau of Suspended Objects, 2015. Courtesy of the artist. 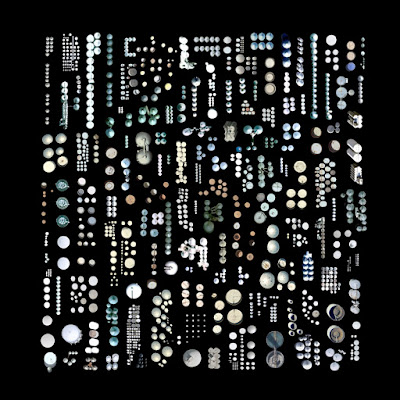 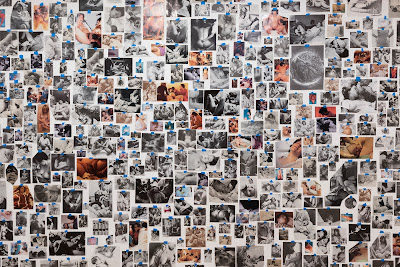 
Interestingly, both artists referenced their upbringing as informing their subject matter. O’Dell was raised with a heavy awareness of information technology because of her parents’ vocations in Silicon Valley, so she comes by her fascination with Byte magazine, Google Earth, Google StreetView and the like, honestly. Winant credits her mother, who was active in Second Wave feminism until Winant was born, with informing her interest in empowering images such as women bracing themselves for self-defense, and on the more radical end of feminism—living life without males of any age, in a lesbian commune. Winant’s work is perceived as feminist, but she says she hopes that her “work does more than complicate an existing ideology” by “teas[ing] out contradictions...and occupy[ing] that unresolved space.” O’Dell too has worked with feminist subject matter—for example, reimaginging Fountain (1917) attributed to Marcel Duchamp as a female urination device.

Both artists use a process that involves amassing images, which they speak about with reverence. O’Dell has scoured the Internet, archives, libraries, and even office filing cabinets of the City of San Francisco for images. She enjoys encountering hard copy material that she imagines has gone untouched for a great deal of time and her artist statement states, “I am compelled by the ways in which attention (or lack thereof) leads to consequential shifts in perception at the level of the everyday.” Winant, similarly, is interested in haptic images. She pictures them touched and worn away, and appreciates their circulation between people, for example, upon death. She sources her images from book sellers, estate sales, bookstores, and archives, and finds herself registering the contents of book collections obsessively when she visits someone’s home for the first time.

As a librarian, I was excited that both artists spoke about the need for, and the dilemma of, categorizing images. O’Dell, a mixed race artist, expressed concern about the “violence of categories” like race and recommended less damaging ways of finding overlap among images, such as ‘heads’ (see image below). Winant ruminated on the dilemma of what she can reasonably claim as a white, cishetero artist, and offered labels and artist talks as a way to acknowledge absences, such as the dearth of images of women of color in historical childbirth images. She added, “...demarcations of privilege appear everywhere.” 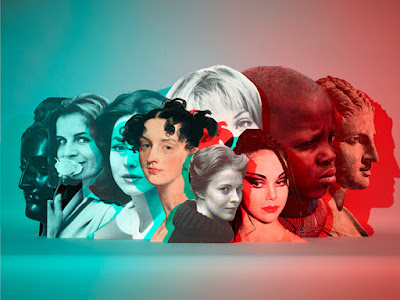 The tidy nature of Winant and O’Dell’s collages provides a compelling contrast to their subversive subject matter, which is likely to be considered controversial to some viewers. Winant came to this way of working because she felt collage was over-stylized, and she was curious if eschewing composition for a neat arrangement of pictures would be effective. O’Dell’s aesthetic is similarly orderly, almost as if generated by a search engine. In my opinion, displaying images in a loose grid with the retention of right angles and roughly equidistant surrounding space is evocative of science (taxonomies, grids, etc.) and by association, objectivity. As a result, these representations of society feel anthropological more than social critiques that might cause a knee-jerk reaction. The format makes space for closer looking. Through repetition of related pictorial ‘evidence,’ the collages become socially revelatory. One image tells a story, but multiple images telling similar stories expose trends. En masse, each instance cannot be denied as a one-off; collectively, they reinforce a statement of Winant’s (made in specific reference to reproductive health in the context of birthing images): “Information, is of course, power.” She describes the result of repeating a subject like childbirth as making it salient and politically potent, and the same could be argued of collages by O’Dell that address such contentious subjects ranging from fracking and oil pipelines to close-ups of Donald Trump’s raging, open mouth.

Posted by Heather Saunders at 12:42 PM